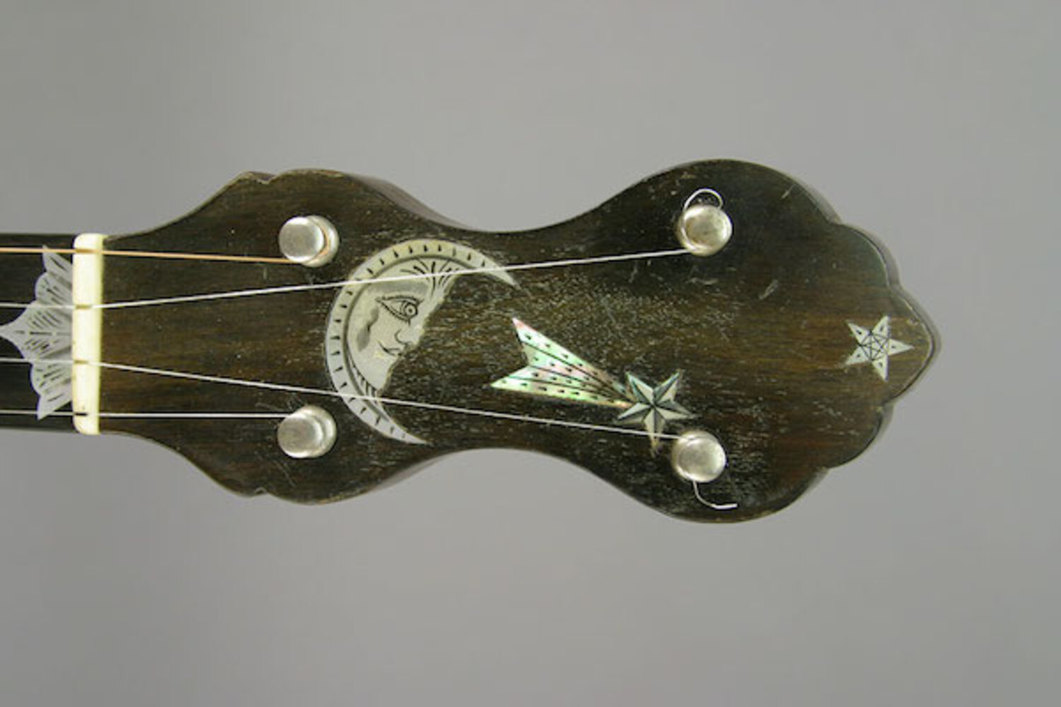 I've searched for an arrangement of "Mighty Science Theater" (the MST3K end credits music) on and off over the years and come up empty handed, until this morning when I found an old tumblr post where someone else was looking for the same thing... someone in the replies suggested getting it from a MIDI.

Found one, and the page where I found it could not look more appropriate

I hadn't shared because I hadn't had time to get acquainted with it at all yet, but spouse raided my wishlist this year and got me a #jawbone!

This was really right in the "have thought it would be nice to have one but might never have gotten around to getting one for myself" sweet spot.

The jawbone was a common percussion accompaniment in early banjo music, and I'm looking forward to experimenting with rhythms.

vis: this Purdie shuffle-ish jawbone and drum loop I put together and recorded behind Frank Converse's 1872 'Kentucky Juba' (played here on a modern fretted banjo.) I used the ipad mic so sound isn't great, but it's pretty fun. 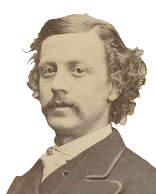 Me, listening to The Parlour Trick and thinking about the kind of like-minded people I'd like to make music with:

A link in an e-mail from a friend got me onto Hubert Parry's anthemic hymn 'Jerusalem' (written to accompany William Blakes "And did those feet in ancient time") and I decided to engrave it with Lilypond, various versions out there being all over the map in terms of convertability/importability.

Dunno what I'm going to do with it... maybe nothing, maybe a chordal banjo arrangement.

Anyway, I had never noticed the preview feature in the #Frescobaldi new score wizard, and I am dying

Because I just had to look this up for the millionth time (hat-tip https://stackoverflow.com/questions/29463069/lilypond-displays-chords-over-every-bar/29468573#29468573) , here's how to make #lilypond only display chord names on chord changes - add this inside your ChordNames block:

In other words, if you set 'chordChanges' to true and your score has three bars of 'ees' chords in a row followed by 'f:m', it will render like this:

Hm, 'The Climbing Rose' (Tyro Mazurka) has gotten under my skin, stayed up way too late pecking my way through the first two strains.

As always, I'm amazed at how clever so many classic banjo arrangements are; so far this tune is actually not that hard in that most of the neat little phrases are all played out of chord shapes, and once you memorize the shapes, the individual notes fall into place.

But... this stuff is all about muscle memory and the discipline to just play a tune the hundreds/thousands of times necessary to play it on autopilot/

Screw it, going to work on one of Herbert J. Ellis’ fine bite sized duets from circa 1900

Alright, I think I'm done with this. Will give it another listen in the morning, make some cover art, and put the high quality file up on #bandcamp in time for #newyearseve. This is an 1879 arrangement of #auldlangsyne by Samuel Swaim Stewart, played on an 1896 Bay State banjo, with a bit of #mellotron accompaniment arranged by me. 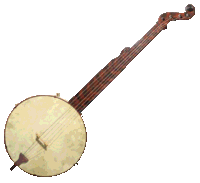 Spent good bit of time today working on a cover of a #Christmas tune that won't hold a candle to the original, but has been on my "gonna record that one of these days" pile for literally years.

I've been fooling around with #plectrumbanjo, #tenorbanjo, and #bandomandolin for various parts and I don't think any of them are going to work for this one, which is too bad as I've spent a lot of time getting some extended chord shapes under my fingers.

On the plus side, I seem to have developed an almost passable tremolo, which is a bit of a surprise; It's not something I've really actively worked on, but I guess several years of half-assed screwing around with it on and off has finally clicked.

Nice to get reacquainted with my #mandolin. The progression is usually "pick up the banjo-mando and plunk around and remember how incredibly loud, strident and utterly un-nuanced it sounds, then remember I have an actual mandolin that plays and sounds much nicer."

It's that special time of year, when I tell myself I'm going to learn S.S. Stewart's 1879 arrangement of Auld Lang Syne + variations for 5-string #banjo and record it in time for New Year's Eve (I usually lose track of this until about Dec.30, and punt it to next year)

I like #redbubble as a customer but their portfolio tools are kind of clunky. Also I supposedly have two public designs but they don't show on my shop page and if I open direct links to them in an anonymous session I get a 404 🤷‍♂️

Anyway, if I can get that sorted out there will be @magicians merch for sale soon.

With the clawhammer EP (and stroke style EP before that) out of my brain and October approaching I'm turning my thoughts back to the mood I had in mind when I picked a ridiculous name like 'Capharnaum County Magicians Society' to use as a musical alias. If I practice every day I *might* be able to come up with something usable before Halloween, but I shouldn't count on it. Hardest instrument I've ever played. #theremin #spoopy

As a veteran of the <font> tag wars, web fonts (and CSS3) still feel like black magic to me, like, it can't possibly be that easy and work reliably in the browsers that matter, there's got to be some kind of faustian catch

Album art done, I think, if I can resist the temptation to go back and tweak between now and #bandcampfriday . Managed a proper front/back/gatefold this time.

I managed to capture this clip of "Cold Frosty Morn" while the lovely golden hour light lasted.

Going to put some merch on Redbubble. This will be a pretty good t-shirt, I think. (need to tweak the kerning on the bottom line of text though)

Well, as lousy as the streaming model is for artists I’d be lying if I said it wasn’t neat to see my music in the iTunes store. About 24 hours after submitting it to #distrokid, not bad. From what they say, other services will probably take 1-2 weeks plus. #FediverseMusic